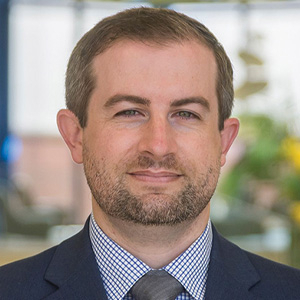 Ryan P. Anderson, O.D., F.A.A.O. attended California Lutheran University in Thousand Oaks, CA where he earned his Bachelor of Science degree in biology and chemistry, and then attended the Arizona College of Optometry at Midwestern University where he earned his Doctor of Optometry degree. Following that, he completed a residency in Primary Care Optometry at the San Diego VA Hospital and completed a Fellowship with the American Academy of Optometry where he currently serves on their admittance committee.

Following residency, Dr. Anderson spent two years at an ophthalmology clinic in Palm Springs, CA before moving cross-country to spend the next three years at a private practice in Searcy, AR while his wife completed her residency in internal medicine. In 2020, Dr. Anderson joined Southern College of Optometry as an assistant professor, supervising students in the Primary Care Clinic, and two years later moved closer to home in Boise ID to join the team at Ada Vision Center.

When not in the office, Dr. Anderson spends his time with his wife and young son, as well as their two dogs, often outside enjoying the nearby water and mountains.